On the 1st of January 2020, the International Maritime Organization (IMO) adopted a global limit on sulfur in ships’ exhaust gases to secure a cleaner shipping industry by reducing man-made air pollution emitted from ships. This new regulation affects all ship owners and shipping companies worldwide. Let us dive into what the IMO 2020 sulfur restrictions are.

The primary type of vessel oil is heavy fuel oil (HFO), a residue stemming from crude oil distillation. HFO is extremely efficient with its high energy content, inexpensive, and difficult to refine. Still, crude oil contains sulfur, which, when exposed to engine combustion processes, ends up as SOx emissions. Add to this, some of the world’s largest engines, auxiliary engines, and boilers can be found on vessels, bunkers, and cargo ships, which ultimately leads to massive exhaust gas streams.

An engine found in some of the largest cargo ships can be as tall as 16 meters and as wide as 8 meters. Its size is, thereby, equivalent to a four-floor building. Such an engine can have more than 100,000 horsepower (HP), whereas a regular mid-sized car typically has up to 200 HP. Some of the world’s largest cargo ships can transport more than 20,000 containers, while some of the world’s largest bulk carriers can ship more than 300,000 tons of goods and commodities. 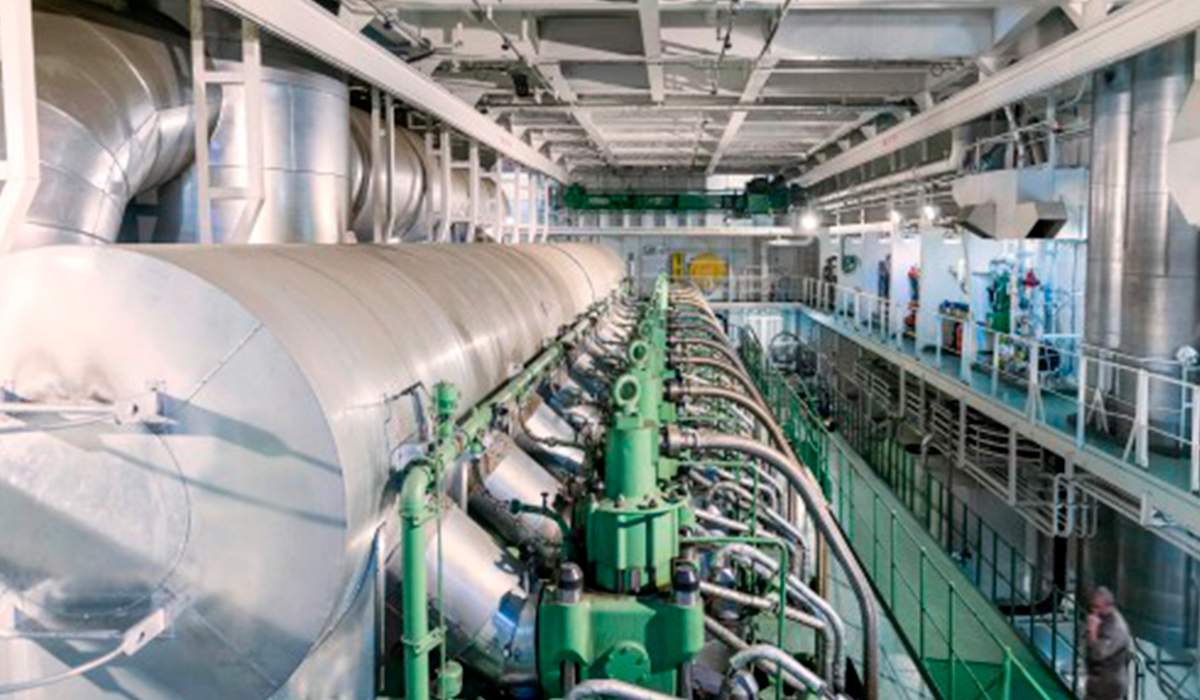 With such massive engines, the marine environmental impact is notable. The emissions from one large cruise ship are equivalent to:

Towards a Sustainable Shipping Industry

The International Maritime Organization (IMO) is an international standard-setting authority under the United Nations (UN), which works to enhance security, safety, and environmental performance within the global shipping industry by adopting and enforcing regulatory frameworks.

The new IMO 2020 regulation heavily reduces the allowed sulfur content in marine exhaust gasses from the previously allowed 3.5 % m/m (mass by mass) to a new maximum of 0.5 %. Thus, it is not the marine fuel that is subject to the new regulation. Instead, it is the exhaust gas, which must correspond to burning a fuel that ensures that the mass by mass is equivalent to or lower than 0.5 m/m.

This change applies globally, and it applies to all sizes of ships. The IMO 2020 will not affect the Emission Control Areas (ECA). In the ECA, which includes sensitive waters such as the Baltic Sea, the North Sea, most of the U.S, including the Caribbean, and Canada, the upper limit for sulfur content in marine exhaust gas continues to be at a maximum of 0.1 % m/m.

The change aims to lower SOx emissions to drive a more sustainable shipping industry. The IMO estimates that this regulation is to deliver a 77 % SOx reduction before 2025. The primary purpose is to decrease the harmful impact shipping has on human health by lowering air pollution from SOx emissions. This will especially benefit the people living in the coastal areas of Asia-Pacific, Africa, and Latin America. The regulation expects to deliver significant health improvements, such as reductions in strokes, asthma, lung cancer, and cardiovascular disease. The IMO estimates that more than 570,000 premature deaths can be prevented with the new sulfur cap within 2025.

Additionally, the new regulation also benefits ecosystems, wildlife, infrastructure, and buildings as it can help prevent acid rain and fight ocean acidification. Acid rain is rain or wet or dry precipitation in the form of snow, hail, fog, or dust, which has an acidic pH. Unpolluted rain also has an acidic pH due to reactions between carbon dioxide and water molecules in the atmosphere, which generates a weak form of carbonic acid. Still, unpolluted rain will not reach a pH of less than approximately 5.7, while acid rain can reach a pH of 4. Acid rain is the result of sulfur dioxide and nitrogen oxide emissions, which react with water molecules in the atmosphere. Once these react, they generate acids. Acid rain has detrimental effects on forests, soils, and freshwaters, harms and kills insects and aquatic species, especially shellfish and corals, causes corrosion of steel structures such as bridges and makes buildings decay much faster. 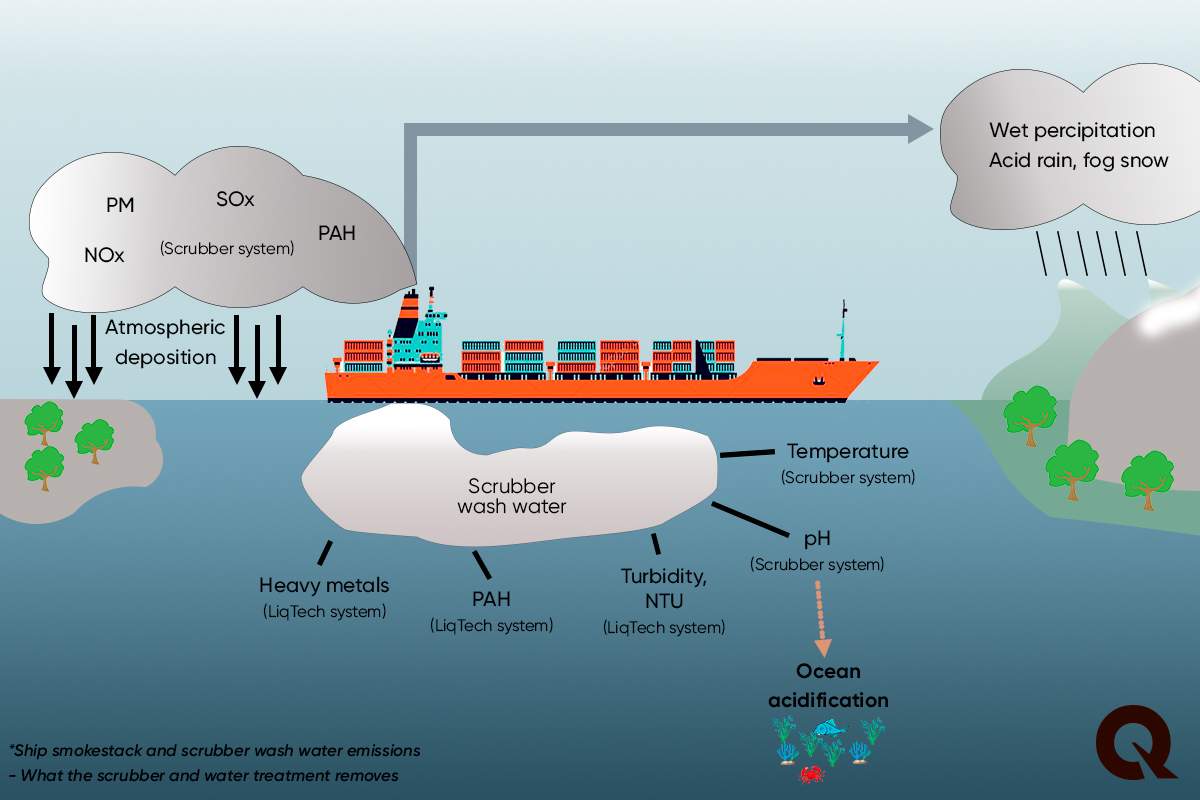 The IMO released some IMO 2020 implementation guidelines subsequent to its 74th Marine Environment Protection Committee (MEPC) for a coherent and successful implementation of the sulfur limits. Here, it is clarified that every single country that has ratified MARPOL and its Annex VI is responsible for enforcing and monitoring the vessels within its territorial waters. Moreover, the nations are obliged to report non-compliance to the relevant flag state, secure that compliant low sulfur content fuel can be purchased within their jurisdiction, and implement shore-based facilities for scrubber waste discharge.

If a vessel does not comply with the new IMO sulfur regulations, severe sanctions are involved. Depending on the jurisdiction, the sanctions for violating the IMO 2020 sulfur cap can be debunking all non-compliant fuel oil, heavy fines, or imprisonment of the vessel's captain. A vessel's oil tank is designed to receive fuel oil, not to pump it out. Therefore, debunking fuel oil from a vessel is extremely complicated and time-consuming.

Learn more about how you comply with the IMO 2020 sulfur cap here. 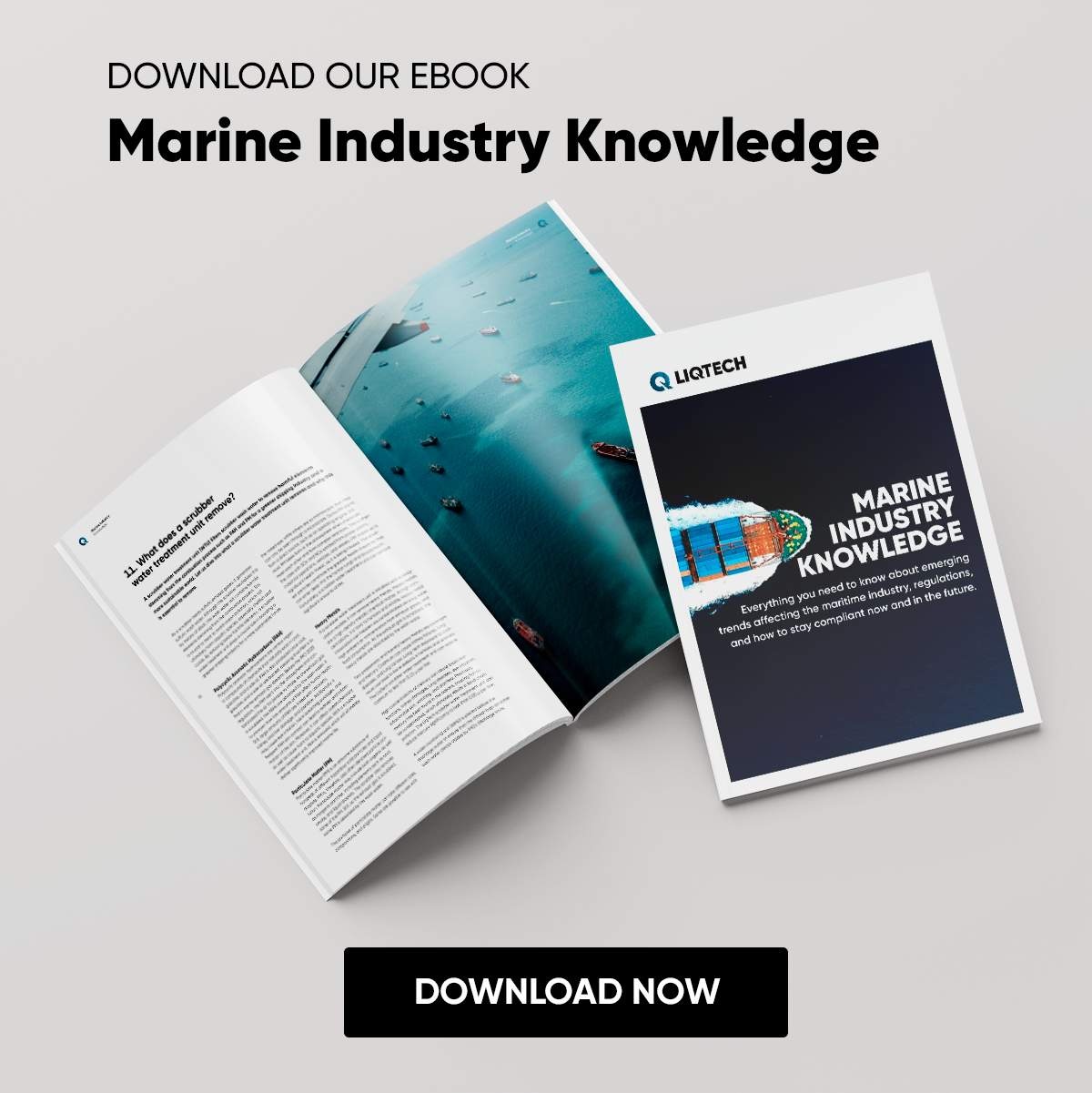